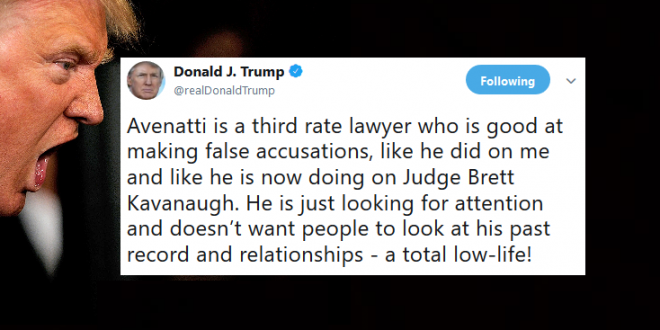 Glorious Leader just tweeted an attack on Michael Avenatti in his first public mention of Avenatti’s name since the Stormy Daniels scandal broke way back in January.

Meanwhile we just got this:

Avenatti is a third rate lawyer who is good at making false accusations, like he did on me and like he is now doing on Judge Brett Kavanaugh. He is just looking for attention and doesn’t want people to look at his past record and relationships – a total low-life!