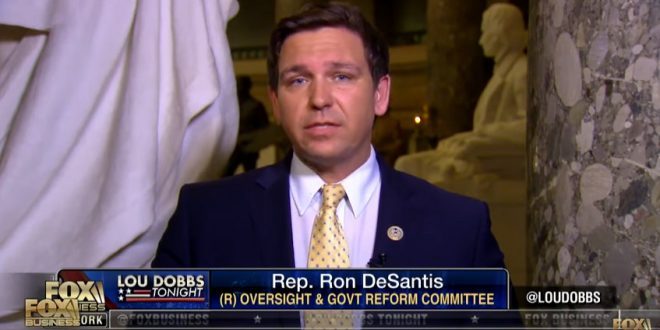 Republican activist who donated more than $20,000 to Ron DeSantis and lined up a speech for him at President Trump’s Mar-a-Lago club called President Obama a “F—- MUSLIM N—-” on Twitter recently, in addition to other inflammatory remarks.

Steven M. Alembik told POLITICO Wednesday he wrote the Obama tweet in anger, that he’s “absolutely not” a racist and that he understood that DeSantis’s campaign for governor would need to distance himself from the comments — which the campaign promptly did.

“So somebody like Chris Rock can get up onstage and use the word and there’s no problem? But some white guy says it and he’s a racist? Really?” the 67-year-old Alembik said, noting that what’s considered racially charged language now wasn’t racist when he was a kid. “I grew up in New York in the ‘50s. We were the k—-. They were the n——. They were the goyim. And those were the s—-.”

Last year Alembik moved his “Truth About Israel” event to Mar-A-Lago to support Trump following the “very fine people on both sides” controversy. DeSantis has reportedly returned a portion of his donations. Hit the link for more.

I can’t even write what is on my tongue – suffice it to say OBOZO SUCKS https://t.co/8eolmEQTQH

Steven Alembik said he's not a racist, that he grew up in the 50s and guys just talked like this. But here he acknowledges he spoke in anger. He initially didn't want to delete the tweet, but realized he should pic.twitter.com/nqgR9IkuGa

This story starts with a GOP donor calling Obama a “F— MUSLIM N—“ and yet his damage control somehow makes it worse. https://t.co/aqUAwTaR4m