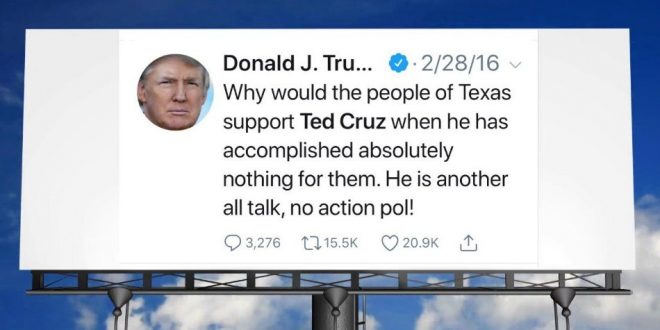 Activists in Texas have raised thousands of dollars to place an anti-Sen. Ted Cruz (R-Texas) billboard in the state.

On Friday, the president tweeted that he would be holding a “major rally” for Cruz next month. Several recent polls have shown Cruz and O’Rourke in a dead heat, though the deep-red state has not elected a Democrat to the Senate in three decades.