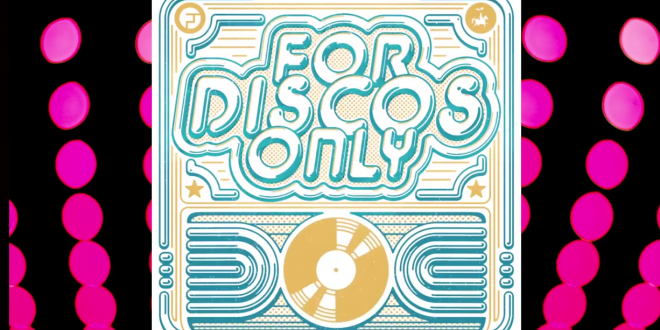 Courtesy of Concord Music, tonight we have a special JMG giveaway of the new classic early disco remix compilation, For Discos Only, now available on Amazon, streaming, and download services.

Craft Recordings is excited to announce the release of For Discos Only: Indie Dance Music From Fantasy & Vanguard Records (1976-1981), a comprehensive collection of the music that lit up a thousand dance floors in the mid ’70s and early ’80s, inspiring a revolution in the music world.

This collection pulls killer tracks from respected and influential independent record labels on opposite coasts-San Francisco’s Fantasy Records and New York City’s Vanguard Records-and is a veritable must-have for fans of the pioneering movement from which emerged the birth of the “remix,” an innovative musical practice that prefigured house, techno and hip-hop. The collection is available as a 5-LP box set or a 3-disc CD package, as well as digitally.

It’s not surprising that San Francisco’s disco heyday has become a source of fascination for subsequent generations. Like New York’s undergrounds clubs of the ‘70s and ‘80s, San Francisco’s scene offered LGBTQ people, straight women, bohemians, racial minorities, and other folks facing discrimination a community that provided a safe space and a chunk of freedom.

The music reflected the audience’s diversity, and you can hear that on For Discos Only, a compilation that features a cross-section of New York and SF disco from that era. But the SF dance scene didn’t suddenly materialize the night its most famous star and international LGBTQ icon Sylvester first walked on stage in a fabulous thrift-store gown, and it wasn’t principally about platform shoes, poppers, or any other superficial signifiers that would ultimately characterize it.

The scene grew out of a culmination of sociological, musical, political, and economic factors rooted in related liberation movements of the ‘60s. San Francisco represented a mecca that welcomed all the beautiful freaks Middle America tried to flush out, and the city’s disco scene was first and foremost about sexual, communal, and spiritual love.

We have two copies each of the 5-piece vinyl box set and 3-disc CD package to give away. Simply use the hashtag #WANT in your comment to enter. Winners will be randomly chosen and notified on Disqus on Monday morning.