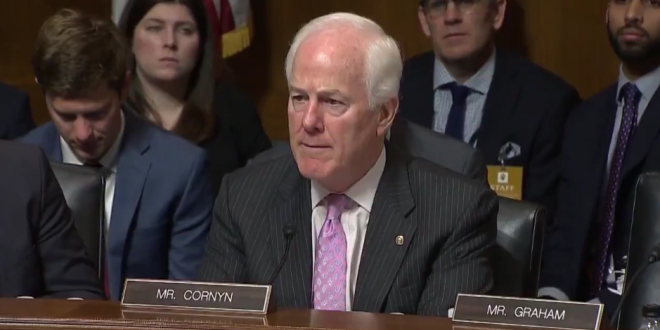 Senate GOP Agrees To One Week Delay On Kavanaugh

The second-ranking Republican in the Senate said Friday that the GOP would delay a vote on Supreme Court nominee Brett Kavanaugh’s confirmation to allow for an FBI probe into allegations of sexual misconduct against the judge.

“There’s going to be a supplemental FBI background investigation” Majority Whip Sen. John Cornyn, R-Texas, said Friday. The Texas Republican said the delay would last no longer than a week.

Cornyn, Majority Leader Mitch McConnell, R-Ky., and a number of other Republicans had huddled in McConnell’s office Friday afternoon to discuss how to proceed on the confirmation following a call from a number of key senators to delay the vote.

They call the allegations credible in the statement! But they were gonna try to confirm him in a rush! https://t.co/TkaK3b0FnW