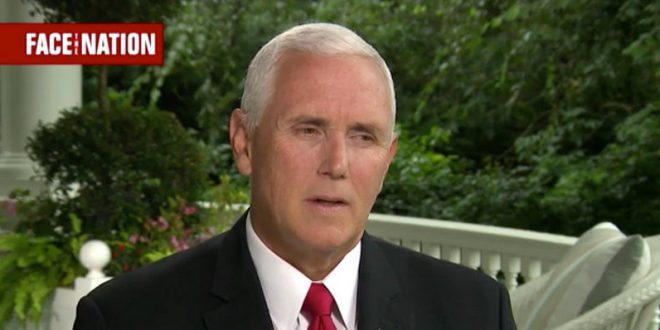 Vice President Mike Pence on Saturday denied participating in any conversation about invoking the 25th Amendment in a bid to oust President Donald Trump. “No. Never,” Pence told Margaret Brennan of CBS News in an interview to be broadcast Sunday on “Face the Nation.”

“And why would we be, Margaret?” the vice president added. “I mean, the truth of the matter is, over the last eight years, despite what we heard from President Obama on Friday, I mean, this country was struggling. I mean, it was the weakest economic recovery since the Great Depression.”