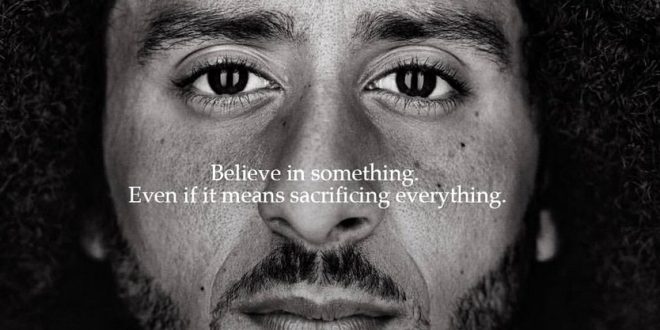 Ten days after Nike’s new Colin Kaepernick ad provoked calls for boycotts, shares hit an all-time high, closing at $83.47 Thursday. It will likely be months, if not longer, until anyone can fully measure the business impact of Nike Inc.’s controversial partnership with quarterback-turned-activist Colin Kaepernick, but early data from Edison Trends show sales tracking well above last year.

The signing of Kaepernick generated sharp backlash from critics of the athlete’s kneeling protests. President Trump, a frequent critic of the anthem protests, spoke out against the ad campaign. In the new Nike ad, Kaepernick says, “Believe in something, even if it means sacrificing everything.” He remains a free agent quarterback, unable to get a job in the NFL since the end of 2016 after becoming the face of the protest movement.