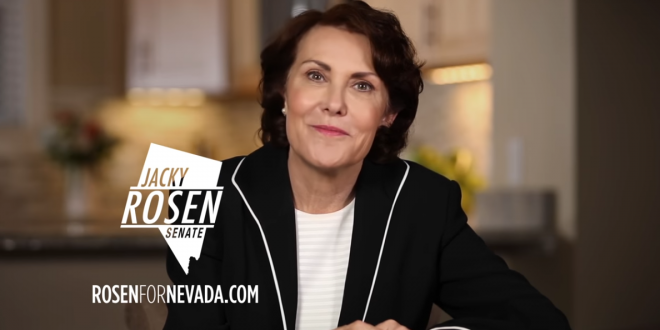 Democrat Jacky Rosen, the first-term congresswoman from Henderson, edged out Republican incumbent Dean Heller by less than a percentage point in the state’s highly scrutinized U.S. Senate race. Heller, like Laxalt, enjoyed a narrow lead over his Democratic opponent a few months ago.

“I have a great nickname for her… Wacky Jacky.”@POTUS unleashes his nickname for @RosenforNevada. pic.twitter.com/djhTUOTb7I