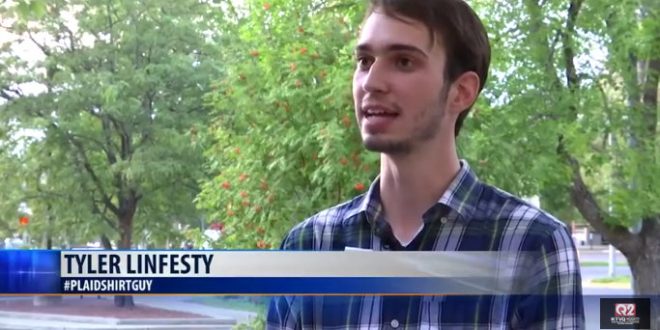 Not long after Trump took the podium Thursday night at MetraPark, social media cued into Linfesty’s puzzled facial expressions, visible just over Trump’s right shoulder. Early on in the Trump rally, a Billings Gazette reporter saw staffers in the press pen looking at a photo in which Linfesty was circled.

Later Linfesty pinned a stylized rose emblem representing the Democratic Socialists of America to his right breast. The same group of staffers reviewed a photo of the emblem and searched online for more information. A short while later, Linfesty was removed.

At the link there’s more about how he came to be on the stage and the prank he had hoped to pull on Trump.