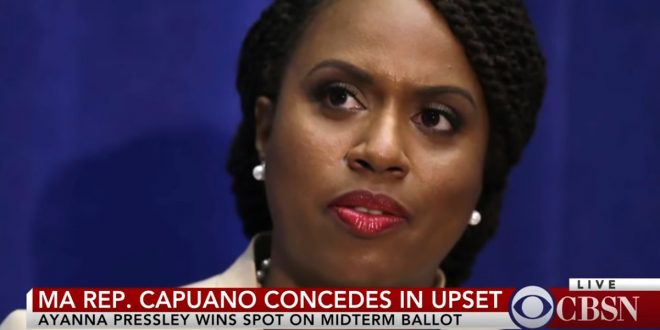 The 44-year-old’s upset over a 10-term incumbent congressman underscores the shift underway in a Democratic Party whose base is seeking younger, more diverse candidates who embrace progressive policies. Her victory comes just two months after Alexandria Ocasio-Cortez similarly defeated a top House leader in a primary for a New York congressional seat.

Pressley, the first black woman to serve on the council, is now on track to represent an area of Massachusetts once served by Democratic icons Tip O’Neill and John F. Kennedy. “Change is coming and the future belongs to all of us,” Pressley told wildly cheering supporters Tuesday night.