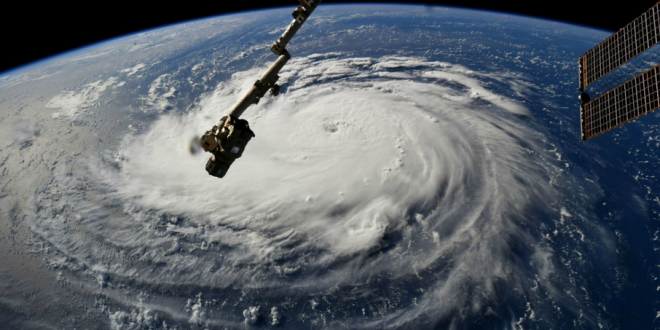 As Hurricane Florence’s threat to the Carolinas and Virginia became clearer, authorities and residents ramped up storm preparations Monday – including the first mandatory evacuations. Along North Carolina’s Outer Banks, all residents and visitors on Hatteras Island were ordered to evacuate starting at noon Monday, according to Dare County Emergency Management. The state’s barrier islands are expected to see severe impacts from the major hurricane.

“During extreme events, even those areas which normally do not flood are at risk,” said the National Weather Service in a Monday morning statement. In a Monday morning press briefing, Gov. Roy Cooper said some 200 National Guard members have been activated, with many more available, and a formal request for a disaster declaration from President Donald Trump had been filed.

State of emergency declarations have been issued by the governors of North Carolina, South Carolina, and Virginia.

Learn your evacuation routes NOW in case you’re directed to leave by local officials for #Florence. Where will you go, how will you will get there, where will you stay? Fill out a Commuter Plan your can use in case a #Flood disrupts your normal route. > https://t.co/t69Vt6iYg1 pic.twitter.com/cXihLxBjRW

Here is a map regarding current evacuation orders for the #OuterBanks #OBX pic.twitter.com/zWTyR9Qa1D

JUST IN: Hurricane Florence has developed into a Category 3 storm with maximum sustained winds of 115 mph and gusts to 140 mph, according to the National Hurricane Center.

Hurricane #Florence this morning as seen from @Space_Station. A few moments later, #Isaac & the outer bands of #Helene were also visible. pic.twitter.com/WJQfS4au4m