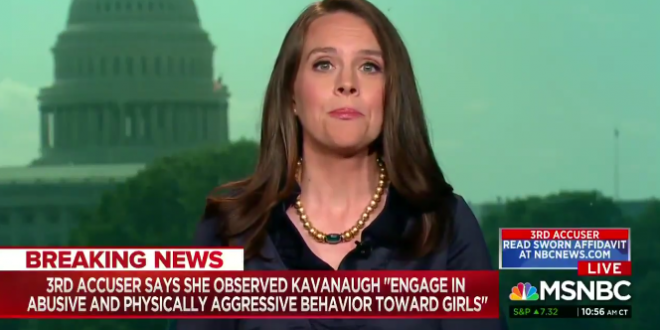 The chief counsel of the Judicial Crisis Network, which has run an aggressive and well-funded campaign in support of Supreme Court nominee Brett Kavanaugh’s confirmation, struggled on Wednesday to continue to support that confirmation in an interview just minutes after new allegations against Kavanaugh were revealed.

The Judicial Crisis Network launched a $1.5 million ad blitz in the wake of Ford’s allegations. The spot featured a woman who has been friends with Kavanaugh for 35 years attesting to his character.

The organization fiercely defended Kavanaugh again after Deborah Ramirez alleged in a New Yorker article that Kavanaugh exposed himself to her during a college party in the 1980s and thrust his genitals in her face. Severino called those allegations “unsubstantiated and discredited.”