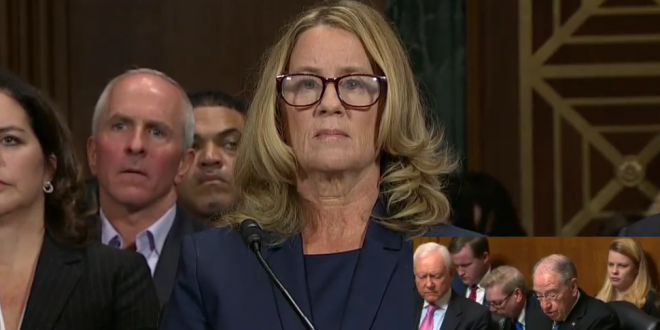 Christine Blasey Ford will air her allegation of sexual assault against Brett Kavanaugh, and Kavanaugh will defend himself, as the nation watches Thursday’s extraordinary Senate Judiciary Committee hearing.

President Donald Trump’s Supreme Court nominee will attempt to convince majority Republicans to confirm him despite Ford’s allegation that he assaulted her as a teenager — and as other accusations of sexual misconduct emerge from Kavanaugh’s youth.

The hearing will start at 10 a.m., with Ford testifying first, followed by Kavanaugh. Each senator will get five minutes to ask questions and can hand that duty off to another senator or a staffer. Republicans have hired Arizona sex crimes prosecutor Rachel Mitchell to ask questions on their behalf.