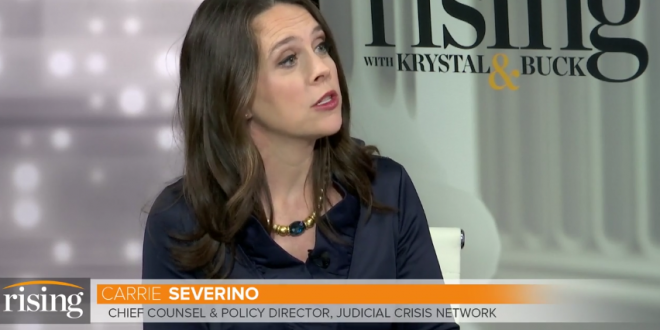 Kavanaugh Lawyer: The FBI Should Have Investigated Ford’s Claims Before They Were Revealed To The Press

The counsel of the conservative organization representing Brett Kavanaugh on Wednesday said that the FBI should have probed Christine Blasey Ford’s sexual assault allegations against the Supreme Court nominee before they were revealed to the press.

“I agree, they should have investigated this,” Carrie Severino told Krystal Ball and Buck Sexton when asked why the FBI did not investigate the allegations. “That was when the allegations became known by the Senate Democrats. Senator Feinstein sat on Dr. Ford’s allegations for six weeks.”

“That’s what the FBI is for. Is she anonymous now? No. What happened is Democrat staffers because they were the only ones who had these allegations leaked it to the press. You don’t go first to the press, and have them do the investigation,” she said.