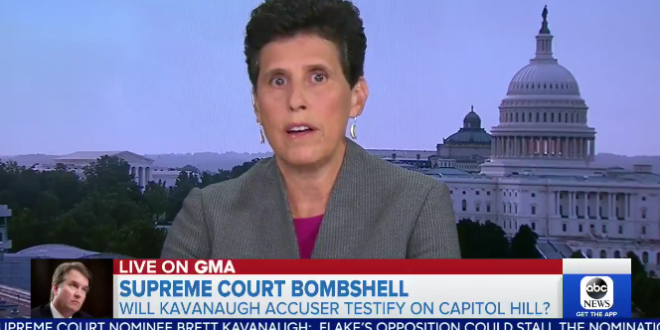 Debra Katz, the lawyer for a woman accusing Supreme Court nominee Brett Kavanaugh of sexual misconduct, said Monday that her client would be willing to testify in public to the Senate Judiciary Committee. “The answer is yes,” Katz, who represents Christine Blasey Ford, said on CNN’s “New Day.”

Ford is the author of a private letter sent to California Democratic Sen. Dianne Feinstein alleging that during a party in their high school years, Kavanaugh pushed her into a bedroom, tried to remove her clothes and put his hand over her mouth when she tried to scream. Kavanaugh said in a statement that he “unequivocally” denies the allegation.

JUST IN: The woman who has accused Supreme Court nominee Brett Kavanaugh of sexual misconduct is willing to testify before Congress, her lawyer tells CNN https://t.co/QWlP4R5LkN pic.twitter.com/TsVJtRBthh

Brett Kavanaugh’s accuser’s lawyer: “I think that her story has to be carefully listened to and vetted.” https://t.co/LAi9GdR6vd pic.twitter.com/b1LToKMU4J

Previous Tom Arnold Scuffles With Producer Of The Apprentice
Next Conway: Brett Kavanaugh’s Accuser Should Be Heard