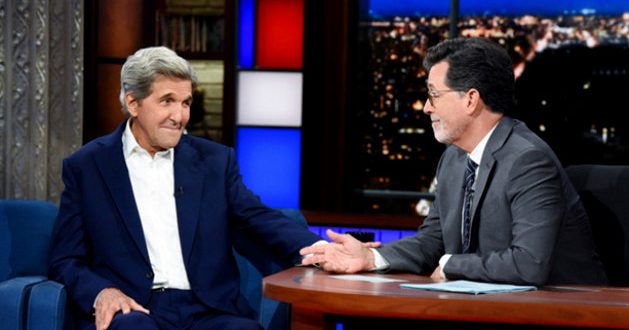 John Kerry: That NYT Op-Ed Means We Don’t Have A President, He’s Not Capable Of Doing The Job

Appearing on The Late Show, Kerry began by saying the op-ed “scares the Hell” out of him. “There is a reassurance. It means that for James Buchanan, he’s no longer the worst president,” Kerry joked.

Stephen Colbert asked Kerry if anyone tried doing things like stealing documents from the president’s desk during the Obama administration, which he flatly said “no.”

“What it really means is we don’t have a president,” Kerry told Colbert. “We have a president who’s there, but he is not capable of doing the job or living up to the responsibilities. And that– you can imagine what people all around the world are reading.