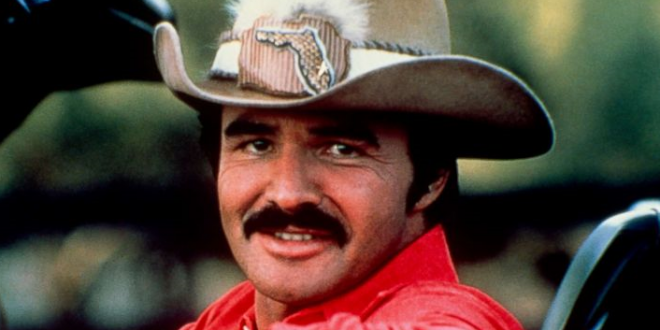 Burt Reynolds, the charismatic star of such films as Deliverance, The Longest Yard and Smokey and the Bandit who set out to have as much fun as possible on and off the screen — and wildly succeeded — has died. He was 82.

Always with a wink, Reynolds shined in many action films (often doing his own stunts) and in such romantic comedies as Starting Over (1979) opposite Jill Clayburgh and Candice Bergen; The Best Little Whorehouse in Texas (1982) with Dolly Parton; Best Friends (1982) with Goldie Hawn; and, quite aptly, The Man Who Loved Women (1983) with Julie Andrews.

He was robbed for Boogie Nights. Robbed.