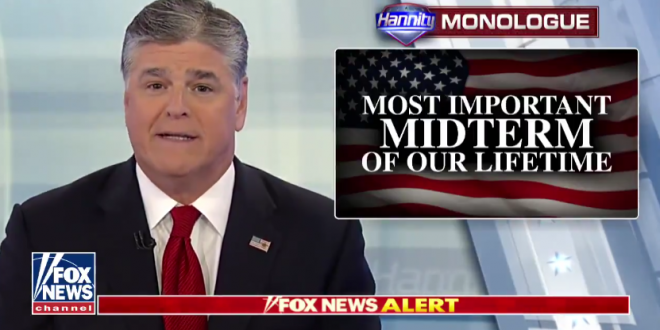 Hannity Warns Viewers: The GOP May Lose The House

Sean Hannity tonight sounded the alarm for viewers about the midterm elections and told people in certain districts they really need to get out and vote if they want to keep the Trump agenda going.

Hannity said, “Republicans, to be very blunt because I only tell you the truth, they’re in real danger of losing the House of Representatives. And the Senate? I’m not that comfortable about that either.”

He ran a list of congressional districts on the screen and said, “If that is your district, you will likely decide the fate of this country in 56 days. Democrats win these races, the Trump agenda will be stopped. It’ll halt right in its tracks.”