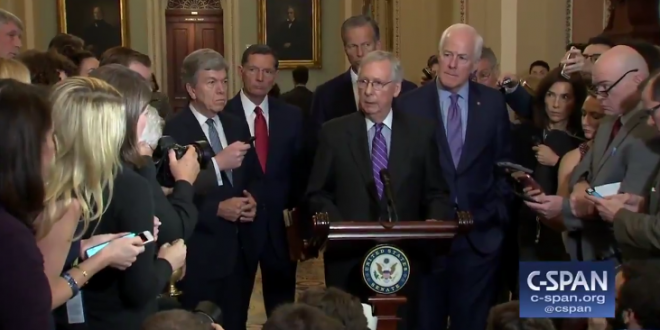 Senate Republicans have hired an attorney to use as a questioner of Christine Blasey Ford at Thursday’s high-stakes hearing on a sexual assault allegation against Supreme Court nominee Brett Kavanaugh but are declining to name her.

Judiciary Chairman Chuck Grassley (R-Iowa) told POLITICO on Tuesday as he entered the Capitol for a weekly GOP meeting that “we aren’t announcing the name for her safety.” Asked if Republicans have received any indication of threats to the attorney they’re preparing to use, Grassley said: “I don’t know, but I guess we’re just being cautious.”

.@SenateMajLdr: “We have hired a female assistant to go on staff and to ask these questions in a respectful and professional way. We want this hearing to be handled very professionally not a political sideshow…” #Kavanaugh pic.twitter.com/N0hGKA6NqX

Previous Trump: I Meant For The United Nations To Laugh At Me
Next Christian Activist On Brett Kavanaugh: The Bible Says It’s Not Rape If The Woman Doesn’t Scream For Help