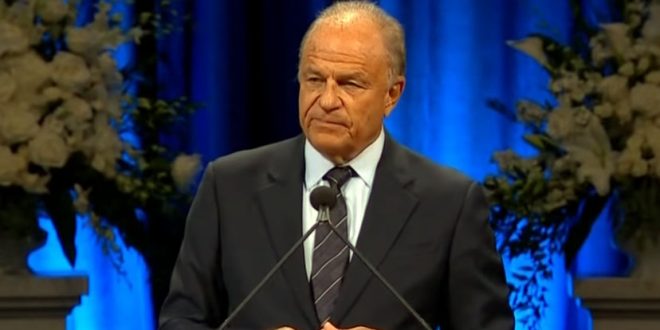 Former McCain Aide May Run For Senate As Dem

John McCain’s former chief of staff said Wednesday that he is considering running for the Senate as a Democrat as he grapples with President Trump’s policies and the late Arizona senator’s death.

Grant Woods, who is also a former Arizona attorney general, said in an interview that he has spoken to several Democratic senators about the idea, including Senate Minority Leader Charles E. Schumer (N.Y.).

Woods supported Hillary Clinton’s campaign for president and said he has been troubled by Trump in recent years. McCain’s death has led him to consider “whether I need to step up at this point in time,” he said.

Previous Kim Jong-Un: My Faith In Trump Is Unchanged And I Still Want To Denuclearize During His First Term
Next Trump Demands New York Times Unmask Op-Ed Writer “For National Security Purposes” – If He Actually Exists