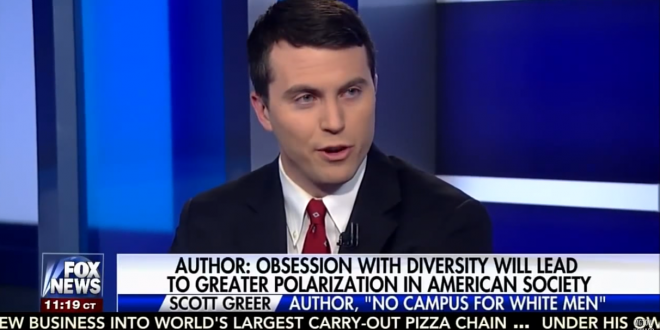 The former Daily Caller writer and editor Scott Greer has severed all ties with the conservative website after acknowledging that he had written under a pseudonym for the white-supremacist Radix Journal. Greer, who stepped down as an editor at The Daily Caller in June to write a book, said he would drop his contributor status last week after The Atlantic confronted him with leaked chat logs that showed he had spent some of his time at the website also writing as “Michael McGregor” for Radix, the online publication founded by the “alt-right” leader Richard Spencer, who wants to turn America into a white ethno-state.

Greer says his views have changed. Yeah. The Daily Caller was founded in 2010 by Fox News host Tucker Carlson, who last year had Greer on his show.