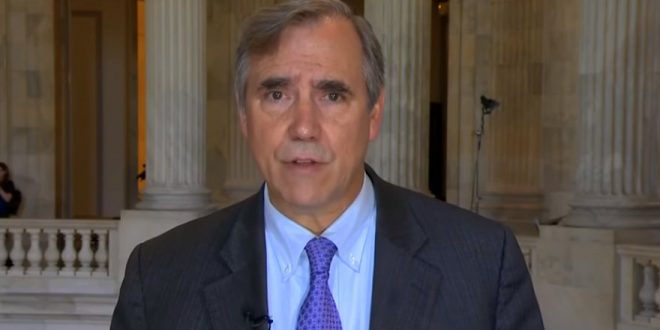 The lawsuit argues that the Trump administration’s unprecedented withholding of substantial parts of Kavanaugh’s record has violated the constitutional separation of powers by preventing senators from fulfilling their constitutional duty of advice and consent on the president’s nominee to the Supreme Court.

I’m suing @realDonaldTrump & @senatemajldr today to stop the unconstitutional #KavanaughConfirmation process. They may want to ram through this nomination come hell or high water, but that’s just not how our Constitution works.