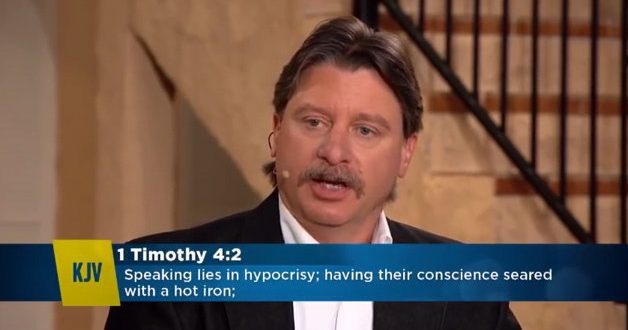 Christian Prophet: McCain Was Executed By A Tribunal

Mark Taylor, the so-called “firefighter prophet” and radical conspiracy theorist about whom Liberty University is making a movie, appeared on “The Sharpening Report” last week, where he declared that the late Sen. John McCain had not died of brain cancer but had actually been executed by a military tribunal.

Taylor also claimed that the “deep state” opposes Brett Kavanaugh’s confirmation to the Supreme Court because they know that he will support President Trump’s use of military tribunals against the likes of Barack Obama and Hillary Clinton.