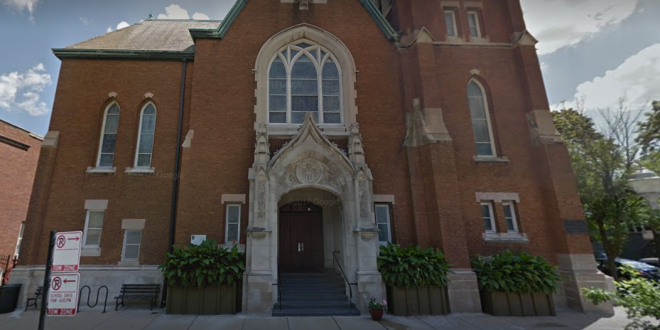 As I reported several days ago, the Archdiocese of Chicago ordered Father Paul Kalchik to cancel his plan to burn a rainbow flag that someone supposedly left in his church.

He did it anyway and then some.

“We did so in a private way, a quiet way, so as not to bring the ire of the gay community down upon this parish,” Kalchik said in a lengthy interview Monday with NBC News. “It’s our full right to destroy it, and we did so privately because the archdiocese was breathing on our back.”

“We put an end to a depiction of our Lord’s cross that was profane,” he added, noting the flag had a cross and a rainbow intertwined. To use the image of the cross as anything other than a “reminder of our Lord’s passion and death,” he said, “is what we consider a sacrilege.”

Kalchik said that the archdiocese had told him not to burn the flag in front of the church, as planned. “So in a quiet way we took matters into our own hands and said a prayer of exorcism over this thing,” he said. “It was cut into seven pieces, so it was burned over stages in the same fire pit that we used for the Easter vigil mass.”

I cannot imagine a more homophobic act, short of beating up an LGBT person. Note that the pastor defied the archdiocese and took part in the “exorcism.” And connecting it to the Easter Mass is a scandal: Easter is about love; this is about hate. https://t.co/Got2IrnPz3