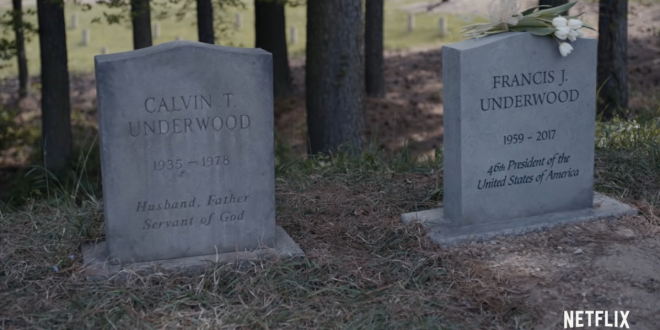 The fate of Kevin Spacey’s character on Netflix’s “House of Cards” is sealed. During a new teaser released Wednesday, Robin Wright’s Claire Underwood stands over the grave of her husband, Frank Underwood, and she appears to be anything but grief-stricken.

It’s not clear how Spacey’s character died. Underwood’s death should come as no shock to “House of Cards” fans. Netflix announced they were cutting ties with Spacey in November 2017, days after he was accused of sexual misconduct.

Los Angeles prosecutors won’t pursue sexual assault cases against Kevin Spacey and Steven Seagal. Both actors have been accused of sexual misconduct. Prosecutors cited the statute of limitations in dropping the cases, since the alleged incidents took place in the early 1990s.

The Los Angeles County District Attorney’s Office made no comments Wednesday on the merits of the accusations.

The cases were reviewed by a task force established to evaluate sex abuse allegations in the entertainment industry in the wake of dozens of women accusing disgraced film mogul Harvey Weinstein and others of abuse.