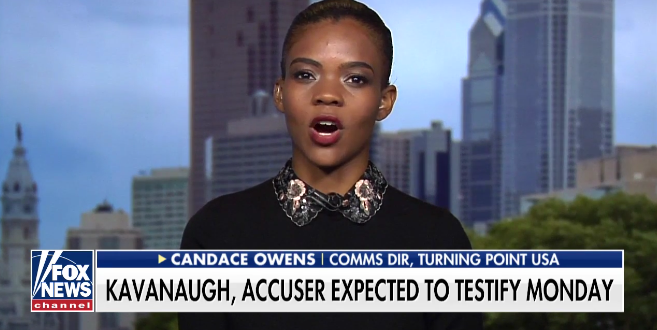 “I have been very vocal in my support for Brett Kavanaugh. We have reached peak lunacy on the left and this is, by the way, the most disgusting thing that they have done yet, politicizing sexual assault and politicizing rape and this sort of thing. I spoke out early on against the #MeToo movement because I thought the writing was on the wall early on in exactly what they were going to do.

“Any movement that is rooted in victimization is going to be hijacked and weaponized by the left and that’s exactly what we’re seeing happen here. This is just the next logical step in them trying to delay his confirmation and they will do this by any means necessary.

“I think any person that actually supports sexual assault victims should be speaking out against this because this is absolutely, as I said before, disgusting, despicable behavior and someone should be held accountable for this.” – Candace Owens, speaking today on Fox & Friends.