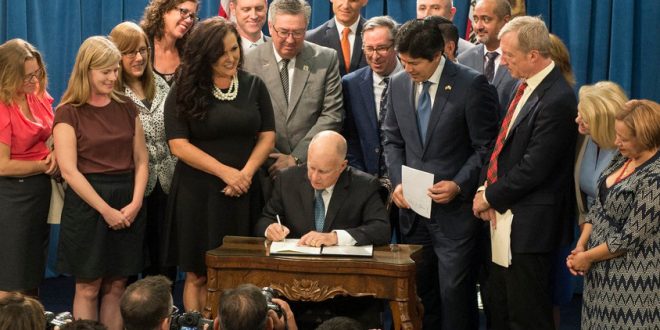 The law makes California the largest global economy to commit to 100 percent clean energy. Hawaii is the only other U.S. state to set a similar goal. “There is no understating the importance of this measure,” Brown said at a signing ceremony in Sacramento surrounded by state lawmakers.

#SB100 and this executive order put California on a path to meet the goals of Paris and beyond. It will not be easy. It will not be immediate. But it must be done. #ActOnClimate #SB100 #GCAS2018 https://t.co/5Kt8eCvwnZ pic.twitter.com/OcK2kMf4sE

Previous POLL: 32% Are Proud To Have Trump As President
Next Pentagon Defends Plan To Expel HIV+ Service Members