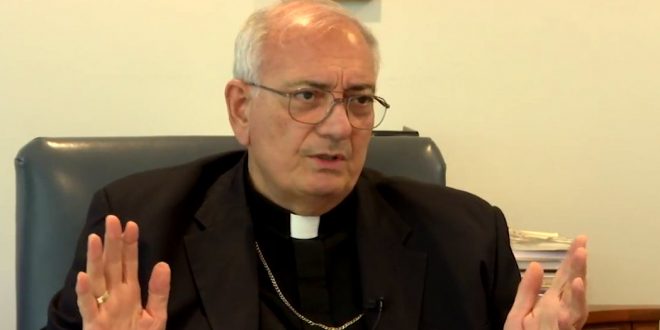 Four men who were repeatedly sexually abused as children by a religion teacher at a Catholic church in Brooklyn received a $27.5 million settlement from the Diocese of Brooklyn on Tuesday, in one of the largest settlements ever awarded to individual victims of sexual abuse within the Catholic Church.

The settlement comes two weeks after the New York State attorney general announced a statewide civil investigation into sex abuse within the Catholic Church and its cover-up by church leaders.

It also comes in the wake of an extraordinary grand jury report in Pennsylvania detailing the abuse of more than 1,000 children by hundreds of priests over decades, and as Pope Francis faces intense pressure globally to take action against bishops and cardinals for their role in the abuse crisis.

Under the settlement agreement, which resolves a case filed in Brooklyn Supreme Court in 2013, each of the four accusers would receive more than $6.8 million each.

That figure would be in the upper echelons for individual awards to survivors of sexual abuse in the Catholic Church that have been made public, according to databases and other sources familiar with the litigation.

According to a news release from the attorneys representing the four survivors in the Brooklyn case, between 2003 and 2009, Angelo Serrano, a volunteer and director of religious studies at St. Lucy-St. Patrick’s, allegedly abused the plaintiffs when they were between the ages of 8 and 12 years old.

Serrano pleaded guilty in 2011 to inappropriate course of sexual conduct with a child and is serving a 15-year sentence.

A Brooklyn Supreme Court judge ruled that two priests at the small church, the Rev. Frank Shannon and the Rev. Stephen Lynch, had ignored glaring red flags about Serrano’s depravity. “Lynch and Shannon had knowledge that for years Serrano often had several boys … sleep over at his apartment,” Justice Loren Baily-Schiffman wrote.

“The record in this case at bar is replete with evidence of Serrano’s inappropriate behavior with sexual implications that continued for years even after he was told to stop.”

The photo above is of Bishop Nicholas DiMarzio, who was appointed to run the Brooklyn Diocese in 2003. In 2009 DiMarzio was a signatory to the Manhattan Declaration, a manifesto which calls for Christians to engage in civil disobedience against LGBT rights.