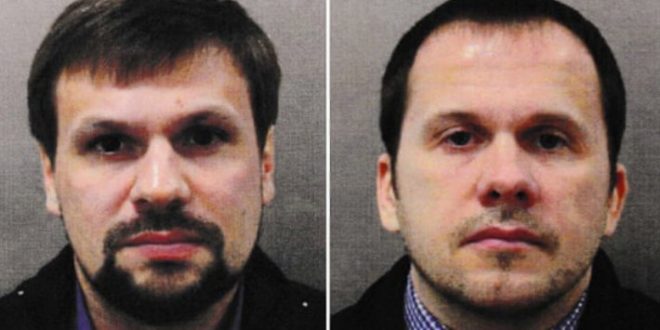 Two Russian nationals have been named and charged over the novichok poisoning of Sergei and Yulia Skripal in Salisbury, Wiltshire. British police and prosecutors made the announcement on Wednesday.

Police said the two men were traveling on authentic Russian passports under the names of Alexander Petrov and Ruslan Boshirov and arrived in the UK on an Aeroflot flight days before the attack. The Crown Prosecution Service said there was enough evidence to charge them.

The prime minister, Theresa May, told the House of Commons on Wednesday that the two men had been identified as officers from Russia’s military intelligence agency, the GRU.

British Prime Minister @theresa_may: “Based on a body of intelligence the government has concluded that the two individuals named by the police…are officers from the Russian Military Intelligence Service, also known as the GRU.” #PMQs pic.twitter.com/gFiOLV4s4Z