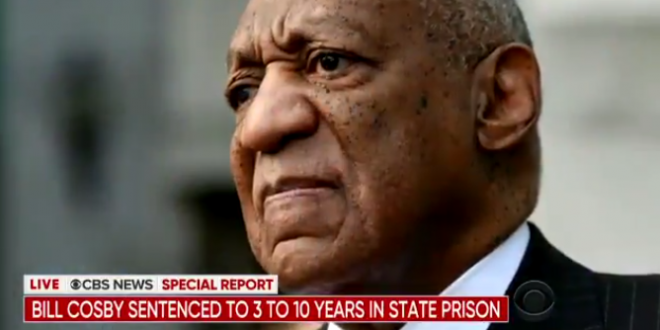 Ahead of the Tuesday sentencing, Judge Steven O’Neill ruled that Cosby is a “sexually violent predator.” The classification means that Cosby must undergo monthly counseling for the rest of his life and report quarterly to authorities. His name will appear on a sex-offender registry sent to neighbors, schools and victims.

When the ruling came down, a woman in courtroom shot her fist into the air and whispered, “Yessss!” Cosby’s lawyers had asked for house arrest, saying 81-year-old Cosby — who is legally blind — is too old and helpless to do time in prison.