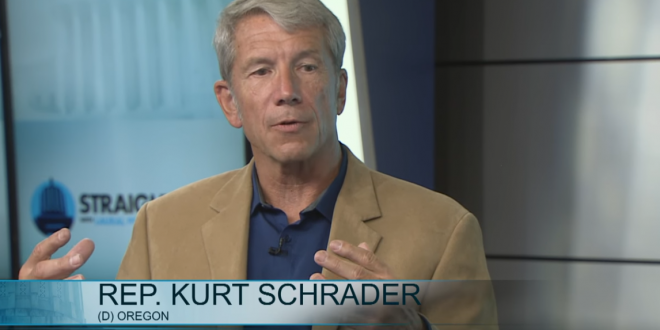 The nearly moribund Blue Dogs, the coalition of moderate-to-conservative House Democrats, is looking to rebuild influence in the next Congress — and they think they’re in an especially good position to do so if the November midterms result in a single-digit House majority. The leaders of the Blue Dog Coalition, speaking with a small group of reporters Wednesday, said they obviously prefer a Democratic majority, but they think they will have power even if Republicans hold on to the majority with just a handful of seats.

“We get stuff passed regardless of who’s in control,” Oregon Rep. Kurt Schrader said. “For Blue Dogs, the sweet spot is winning in single digits, winning the majority,” Schrader said. That’s because the smaller the majority, the more a single caucus, especially one like the Blue Dogs that ideologically falls in the center of both parties, can wield its influence over legislation. Historically, the Blue Dogs have voted as a bloc, Schrader said.

Hit the link for more if you can bear it.