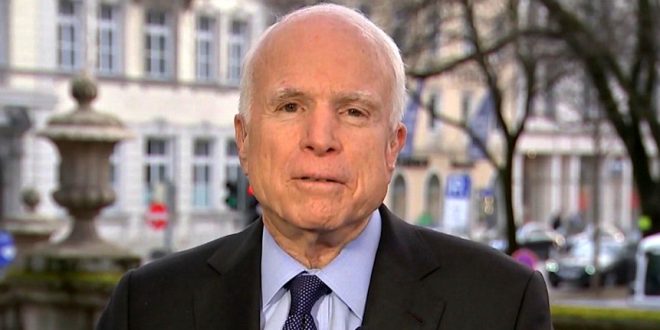 Michael D’Antonio, a CNN contributor and biographer who wrote “The Truth About Trump,” told CNN on Sunday that he believes President Trump was “stewing” as political leaders past and present united to honor the late Sen. John McCain (R-Ariz.) this weekend.

“He is so devoted to drawing attention to himself that he has to be restrained from tweeting when it would be against his own interests,” he added. “I think that even the act of going golfing during the ceremony yesterday demonstrated who he really is.”

Trump did not attend services for McCain throughout the weekend, instead visiting his golf club in Virginia on Saturday and Sunday.