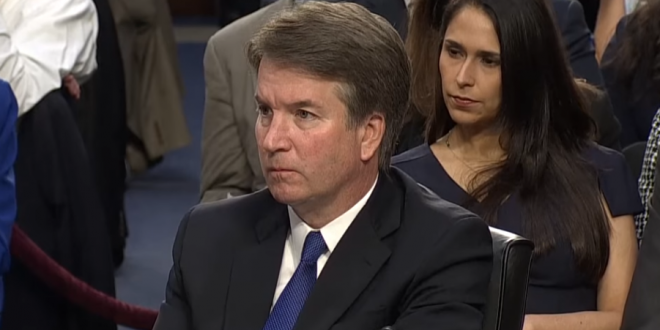 The American Bar Association called Thursday evening for postponing a vote on Judge Brett M. Kavanaugh’s nomination to the Supreme Court until sexual assault allegations made by Christine Blasey Ford and others are investigated by the F.B.I. The request was made in a letter from the A.B.A.’s president, Robert M. Carlson, to the Senate Judiciary Committee’s chairman, Charles E. Grassley, an Iowa Republican, and Senator Dianne Feinstein of California, the senior Democrat on the panel.

It followed a day of emotional and at times painful testimony Thursday, which included Dr. Blasey’s allegations of sexual assault by Judge Kavanaugh at a house party 36 years ago and his angry denial of the encounter. The bar association urged that senators vote on Judge Kavanaugh’s nomination “only after an appropriate background check into the allegations made by Professor Blasey and others is completed by the Federal Bureau of Investigation,” the letter said.