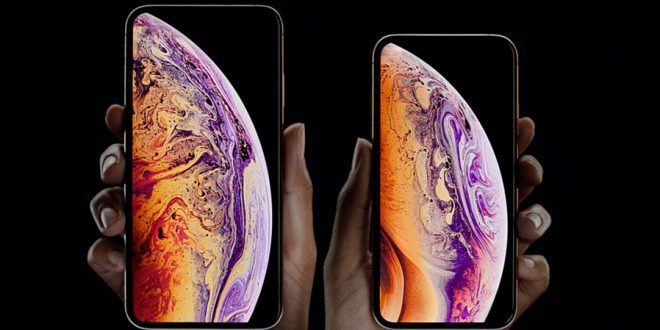 Apple has announced its next generation of iPhones, and one of them is by far the biggest iPhone yet. The two new models are called the iPhone XS and iPhone XS Max. They look almost identical to their predecessor, but there are two immediate differences: for one, they’re both available in gold, unlike last year; and more importantly, the XS Max is huge. It’s not just the biggest iPhone ever, it’s one of the biggest phones out there, period.

As with other -S years, this year’s iPhones are mostly defined by spec upgrades. That includes a display with more dynamic range, wider stereo sound from the speakers, and speed increases to Face ID. Water resistance has been improved on both models. But the real news this year is the introduction of the “Max” model, which has a huge 6.5-inch screen. That’s far bigger than the iPhone 8 Plus (5.5 inches) and bigger even than the Galaxy Note 9 (6.4 inches).

Perhaps the biggest spec upgrade on the iPhone Xs is the new A12 Bionic chip, the industry’s first 7nm chip with 6.9 billion transistors. It has a 6-core CPU, with two high-performance cores that are 15 percent faster and 40 percent lower power than the A11. There’s also a new 4-core GPU in the A12 that’s 50 percent faster with tessellation and multilayer rendering.

Plus, there is a new neural engine with an 8-core dedicated machine learning processor. So how does that translate to real-world use? Well, the new iPhone Xs is capable of 30 percent faster app opens thanks to that A12 Bionic chip. In the storage department, the iPhone Xs comes with up to 512GB of storage.

Get the latest in our news hub: https://t.co/JxDJiF9Bm3

Everything we know about the iPhone XS, XS Max so far…https://t.co/0gjjpl3D4Q
📱Upgraded screens
📱More storage
📱The industry’s first 7 nanometer chip (and yes, we have an explainer on why this is a big deal coming up) pic.twitter.com/u75wKMFacF

Here's your first look at the iPhone Xs and iPhone Xs Max! pic.twitter.com/P4jrTTJChj

Previous Trump Tried To Veto Braille In Trump Tower Elevators
Next Pat Robertson Thanks God For Aiming Hurricane At Other States: People Living There Should Pray Like I Did