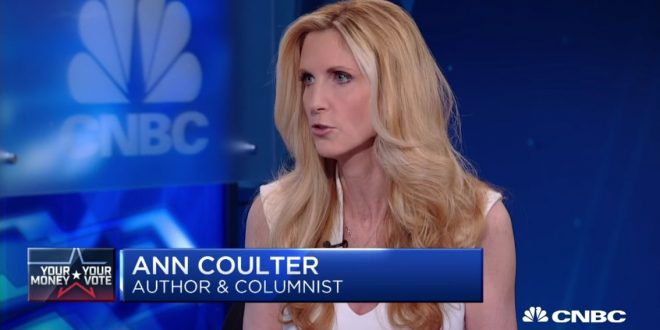 What is the thinking behind snickering at “white men” judging an accusation of sexual assault? Chuck Grassley is a big rapist?

You can be for rape or against it — I happen to be against it — but the idea that alleged sexual assault survivors need the loving care of black, Indian or Hispanic men to judge their stories flies in the face of crime statistics from around the globe.

In the history of the world, there has never been a more pacific, less rapey creature than the white male of Western European descent.  Can we please, for the love of God, drop the painfully trite, mind-numbing cliche about “white men,” as if somehow their whiteness makes evil even eviler?

Coulter preceded the above with several examples of sexual assaults allegedly committed by men of color. Which totally settles it.