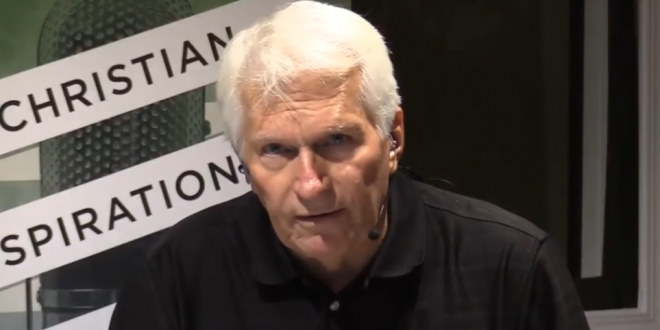 American Family Association: “Satan And The Demons Of Hell” Are Behind The Kavanaugh Allegations [VIDEO]

“This is major league spiritual warfare. This is Satan and the demons of hell coming against one man because he stands for what is right and stands for what is true. And all the forces of hell are arranged against him and we, ladies and gentlemen, have to stand in the gap for Brett Kavanaugh. There is a prize here, and that’s the placement of Brett Kavanaugh on the Supreme Court. That is what Satan does not want to see happen.

“He’s using every trick that he has in his arsenal to fight that, to keep that from happening. That is his holy grail right now, to stop Brett Kavanaugh from being seated on the Supreme Court because Brett Kavanaugh represents such a threat to his agenda: to use the Supreme Court to advance a regressive, backwards, anti-biblical, anti-Christian, anti-American point of view.

“He’s had control of the Supreme Court now in every meaningful way since the 1960s, he’s not going to let go of that without a fight. Evil is pouring through this gap, targeted at Brett Kavanaugh; we’re there to stand in the gap and provide a wall of protection in the spirit for the demonic forces that are coming after him.” – Hate group spokesman Bryan Fischer, speaking on his web show.

The Bible is very clear that no serious allegation should ever be accepted against someone on the basis of one lone allegation.

“A single witness shall not suffice against a person for any crime or for any wrong in connection with any offense that he has committed. Only on the evidence of two witnesses or or three witnesses shall a charge be established” (Deuteronomy 19:15).

Lest you think this is just an outdated, archaic Old Testament standard, Jesus himself affirmed the same standard in Matthew 18:16: “Every charge (must) be established by the evidence of two or three witnesses.” On this rock solid divine basis of justice, Ms. Ford’s case falls to the ground and shatters into little, tiny, inconsequential shards.