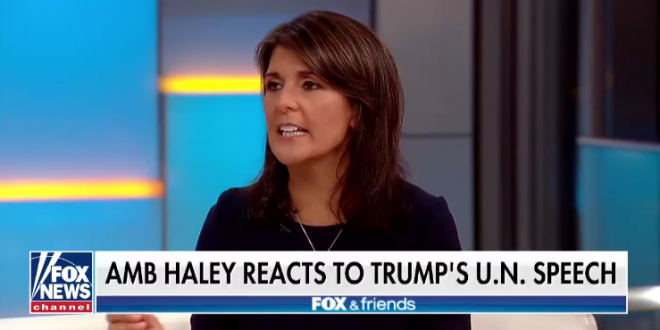 Ambassador Nikki Haley: The United Nations Laughed At Trump Because They Respect His Honesty [VIDEO]

Trump’s boastful comment describing his administration as one of the most accomplished in U.S. history sparked laughter not because attendees of the annual summit found the comment ridiculous ― but because it was so “honest,” Haley said during an appearance on “Fox & Friends.”

“They loved how honest he is,” Haley said. “It’s not diplomatic and they find it funny. When he goes and he is very truthful, they kind of were taken back by it.”