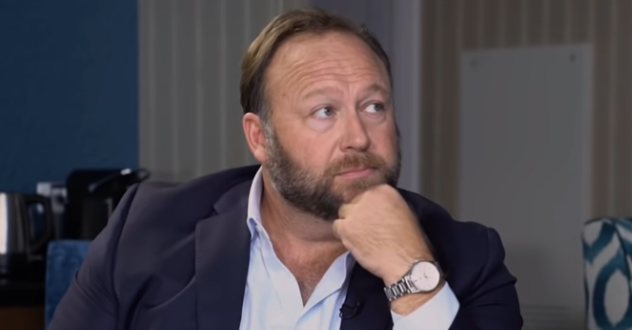 “I’m the globalist lethal injection and I’m ready to die. So let’s just be clear, I’ve already won. This is all gravy from this point on. So I’m already in the system, I’ve already won and they thought it was a joke and now they just took their death dose. Really, I’m going to kill the New World Order. They’re so afraid because I’ve got their number and I’m not afraid to die. The enemy knows I love God. I love Jesus. So, I’ve already passed on and that’s why the enemy hates me, because I’m well beyond their grasp now.” – Alex Jones, in a literally tearful response when asked why Hillary’s assassination squad hasn’t gotten to him yet.