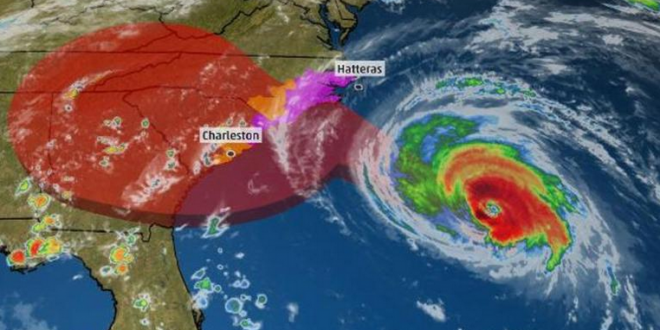 The immense size of Florence is also harvesting some enormous waves on top of the storm surge. According to the National Hurricane Center, wave heights up to 83 feet were measured Wednesday morning to the northeast of Florence’s eye.