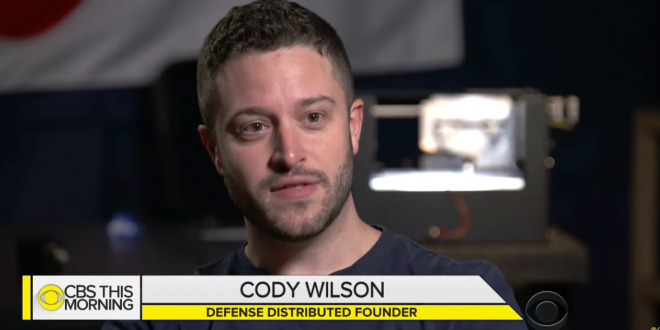 Cody Wilson, whose push to post blueprints of 3D-printed guns online has made him a key figure in the national gun control debate, was charged on Wednesday with sexually assaulting a child in Texas.

Mr. Wilson, 30, is accused of having sex with a girl under 17 at a hotel in Austin on Aug. 15 and paying her $500 in cash, according to an affidavit filed in Travis County. The girl told the police in a forensic interview that she met Mr. Wilson through the website SugarDaddyMeet.com, where he was using the screen name “Sanjuro,” the affidavit says.

She and “Sanjuro” exchanged phone numbers and then messaged each other, sharing at least one explicit photo apiece, according to the affidavit. During one conversation, Mr. Wilson described himself as a “big deal,” the affidavit says.

According to the document, Wilson sent the girl images of his penis, and she sent him nude photos of herself. Investigators compared the profile photos used on the SugarDaddyMeet.com account to Wilson’s driver’s license photo, and determined that they were of the same person, the affidavit said.

The girl told police that she met Wilson at Bennu Coffee in the 500 block of South Congress Avenue in South Austin on Aug. 15 before they took Wilson’s black 2015 Ford Edge to the Archer Hotel in the 3100 block of Palm Way.

Cody Wilson made national headlines recently when he became the loudest voice defending 3D-printed guns. Defense Distributed sells 3D printers that can manufacture guns for $2,000. Federal courts have blocked Wilson from publishing the plans for guns, but he began emailing the plans to people who ordered them in August. Wilson was named one of “The 15 Most Dangerous People in the World” in 2012 by Wired, though at the time the publication was only referring to his association with guns.

Previous Red-Caped Catholic Loons Protest Catholic College For “Sinful” Lesbian Wedding Photo In Magazine [VIDEO]
Next Trump: Republicans Will Do “Much Better” In Midterms Than Anybody Thinks Because People Really Like Me