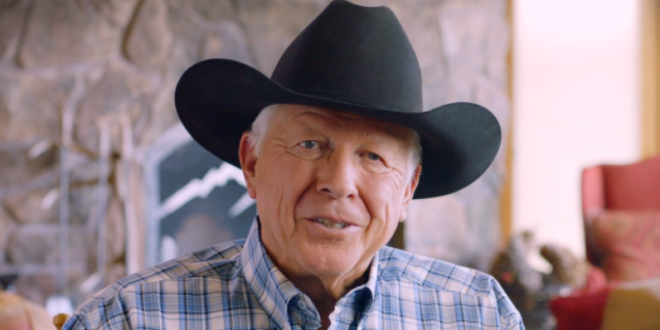 During Donald Trump’s disastrous Tuesday, which saw him implicated in a federal crime, he found time to tweet support for Wyoming GOP governor candidate Foster Friess. By the end of the day, even that had gone wrong. Freiss, a wealthy donor, was beaten soundly by State Treasurer Mark Gordon, despite the last-minute presidential endorsement.

Gordon had 32 percent of the Republican primary vote to Friess’ 26 percent when the Associated Press called the primary with 91 percent of precincts reporting. Current Republican Gov. Matt Mead is term-limited. Gordon will face Democratic state Rep. Mary Throne in the general election.

Gordon was the early front-runner in the race to succeed Mead, but Friess’ personal wealth and national political connections made him a contender in the crowded primary.

Former Sen. Rick Santorum — who benefited from a Friess-funded super PAC in the 2012 presidential race — backed the megadonor, as did Sen. Rand Paul (R-Ky.) and several prominent national conservative groups.

To the incredible people of the Great State of Wyoming: Go VOTE TODAY for Foster Friess – He will be a fantastic Governor! Strong on Crime, Borders & 2nd Amendment. Loves our Military & our Vets. He has my complete and total Endorsement!

Thrilled to see my friend @fosterFriess storm to the front of the governors race in Wyoming. He is a good man and worthy of your support. If you live in #Wyoming, a vote for Foster is a vote for our movement. He has my total endorsement! Vote Foster Tomorrow! #MAGA #WYPOL #WY pic.twitter.com/pUpTm6OwW2

Tomorrow is election day in Wyoming

He wrote the first $10,000 check to get @TPUSA started and as they say “the rest is history”

Foster is a patriot and deserves your vote WY! pic.twitter.com/XMtTr3B54m