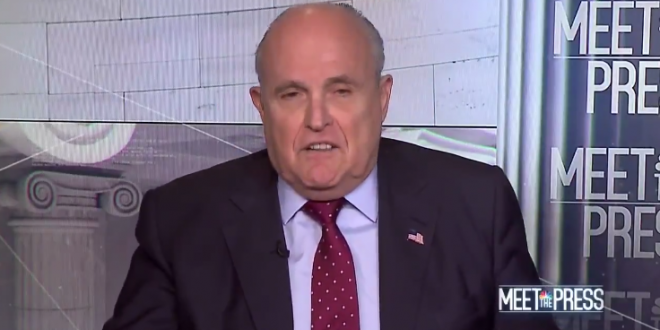 “Truth isn’t truth,” Rudy Giuliani told Chuck Todd on NBC’s “Meet the Press” on Sunday morning. Giuliani, speaking as a lawyer for President Donald Trump, was trying to clarify why the president should not testify for special counsel Robert Mueller for fear of being trapped into a lie that could lead to a perjury charge.

Trump: “What you’re seeing and what you’re reading is not what’s happening.”

Todd: ‘This is going to be a bad meme” pic.twitter.com/sCigedU8zS