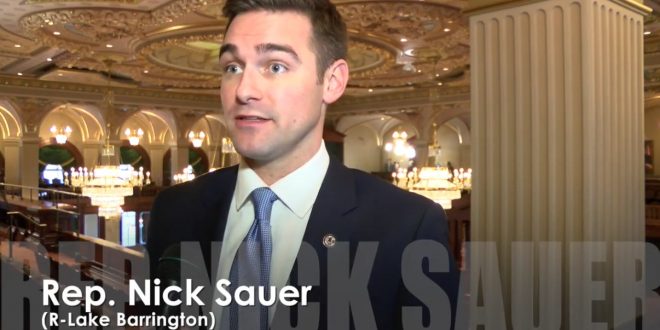 A former girlfriend of Illinois state Rep. Nick Sauer has filed an official complaint accusing the first-term Republican of creating a fake Instagram account and populating it with nude photos of her to lure men into “graphic” discussions.

According to the complaint filed by ex-girlfriend Kate Kelly with the Office of the Legislative Inspector General and obtained by POLITICO, Sauer used the Instagram account “to catfish other men using my privately shared naked photos. Nick would use this account to direct message men with my photos to engage in graphic conversations of a sexual nature. The men believed they were communicating with me and Nick shared private details of my life.”

In an interview with POLITICO and in her IG complaint, Kelly claimed the two began a long-distance relationship in 2016 after meeting on the dating app Tinder. She moved to Chicago from California in June 2017 to be closer to him but the couple broke up in March 2018, after Kelly says she discovered he had been dating other women. Both are unmarried.