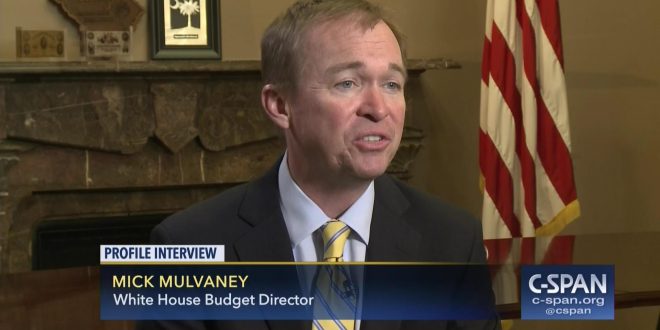 The White House budget office believes it has found a way to cancel about $3 billion in foreign aid even if it is never approved by Congress, according to a Republican aide familiar with the plan. Using an obscure budget rule, administration officials are planning to freeze billions of dollars in the State Department’s international assistance budget — just long enough so the funds will expire. The current plan involves about $3 billion, though officials are said to have discussed as much as $5 billion. The cuts would largely come from the U.S. funding for the United Nations, according to the aide.

Mick Mulvaney is reportedly behind this.