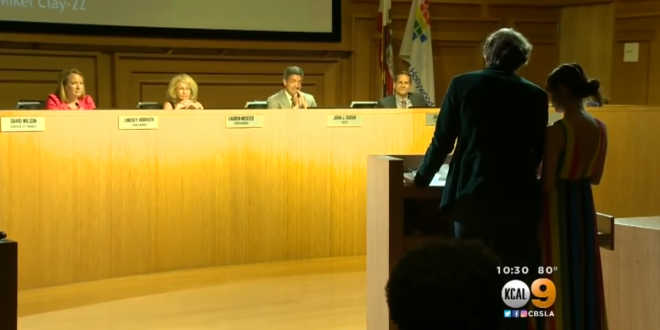 The city of West Hollywood approved a proposal to remove President Donald Trump’s star from the Hollywood Walk of Fame on Monday, citing recent costly vandalism and recent demonstrations around the star.

West Hollywood’s five-member city council passed the measure unanimously on Monday evening, allowing it to move forward with a request to remove the star, which has been vandalized several times since Trump took office last year.

However, the city council isn’t the last word on star removal. Their vote was merely a recommendation, one that the Los Angeles City Council and Hollywood Chamber of Commerce might not be too eager to co-sign.

For example, the Hollywood Chamber of Commerce has previously said it does not remove stars from the walkway at all, an issue that also arose when Bill Cosby was accused of sexual harassment and assault by dozens of women.

Among the members of the public who spoke at the meeting was the man who destroyed the star last month. Several Trump supporters also spoke.