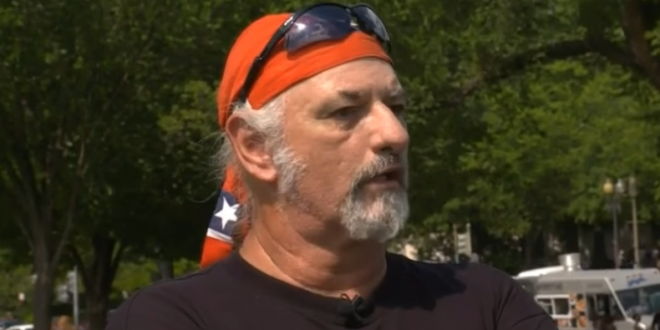 Richard Preston, a self-identified Ku Klux Klan leader from Maryland, will serve four years in prison for firing a gun during the Unite the Right rally. On Wednesday, Preston, 53, was sentenced to eight years in prison with four years suspended for discharging a firearm within 1,000 feet of The Park School. After he pleaded no contest in May, he faced a possible sentence of two to 10 years behind bars.

Preston had seen counter-protester Corey Long light an aerosol spray can as rallying white supremacists exited what is now Market Street Park. Preston brandished a pistol at Long before lowering it again. Suddenly, he pulled the firearm up and aimed it in Long’s direction. He fired the gun and, prosecutors said, the projectile hit the dirt near Long’s feet but did not injure him.