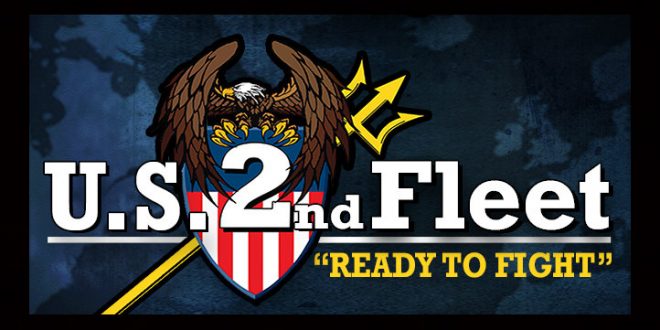 The US officially re-launched the US Navy’s Cold War-era Second Fleet Friday, a move that comes amid renewed concern over the threat posed by Russia. “US Second Fleet has a storied history, and we will honor that legacy,” Vice Adm. Andrew “Woody” Lewis, who took command of the fleet Friday, said during a ceremony marking the fleet’s re-launch.

“Second Fleet will enhance our capacity to maneuver and fight in the Atlantic, and as a result, help to maintain America’s maritime superiority that will lead to security, influence, and prosperity for our nation,” Adm. Richardson, the Chief of Naval Operations, said at the relaunch ceremony.

The 2nd Fleet, according to the Navy, “will exercise operational and administrative authorities over assigned ships, aircraft and landing forces on the East Coast and the North Atlantic.” It will also supply ships to other commands worldwide.

The Navy first indicated it was re-establishing the fleet last spring, asserting it was needed “to better respond to the changing security environment.”

That was an apparent reference to an aggressive Russian military buildup that led Defense Secretary Jim Mattis to issue a new National Defense Strategy in January. The strategy shifted the Pentagon from focusing primarily on counterterrorism to “great power competition.”

As a Cold War with Russia grew cooler in early 1950, the Navy created the 2nd Fleet to check Moscow’s designs on the Atlantic Rim, especially Europe. The Navy disbanded it in 2011 and folded most of its personnel, warships and responsibilities into Fleet Forces Command.

Increasing activity by the Russians in the North Atlantic and in Europe prodded Chief of Naval Operations Adm. John Richardson revive it.

Like its Cold War ancestor, the revitalized 2nd Fleet will exert operational control over warships, aircraft and landing forces so that it can become a “well-forged fighting force with a fighting mindset, restoring large scale, ocean maneuver, warfare formation dedicated to the Atlantic Ocean,” Richardson said.