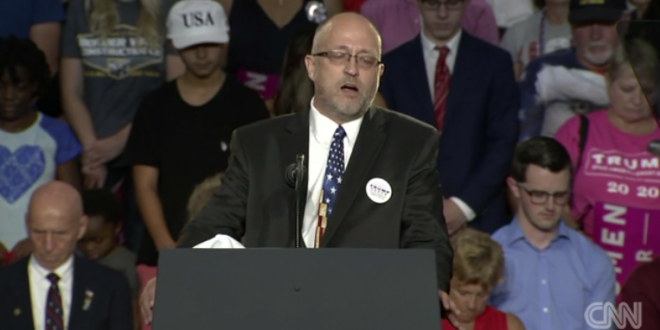 A pastor speaking at President Donald Trump’s rally called for God to protect the U.S. President from what he defined as “jungle journalism.” Leading the invocation during a rally on Saturday night in Ohio, Gary Click, a pastor and member of the Ohio GOP’s State Central Committee, launched a scathing attack against the Fourth Estate.

“Tonight, I pray that You will protect our President and his family with a shield of faith, Lord, that shield of faith against the fiery darts of the wicked one, Lord, against that jungle journalism (that) extorts the truth and distorts honesty and integrity every single day, gets in his face with lies and mistruths and innuendos,” he told the crowd.

When you throw a rock into a pack of wolves, the one that yelps the loudest is the one that got hit! @realDonaldTrump @ohiogop https://t.co/2NYFeGB0t3