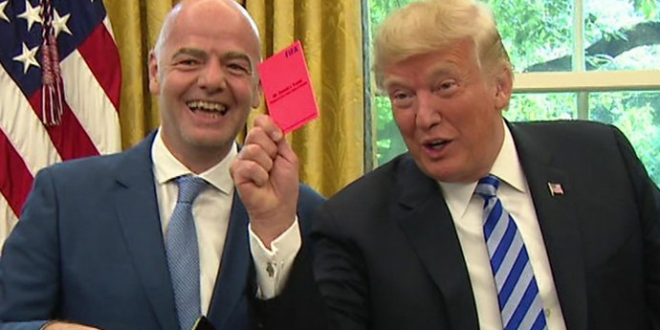 Cordeiro and Infantino both gifted Trump commemorative soccer jerseys, but near the end of the photo op, Infantino reached off camera to get one last gift for Trump.

“The yellow card is a warning,” he said. “But, when you want to kick out someone, use the red card.” As he handed them to Trump, the president smiled and waved the red card at the assembled press.

FIFA president gives President Trump a red card to “kick out someone.”

Trump gives it to the press. pic.twitter.com/Jo6FoisPXL