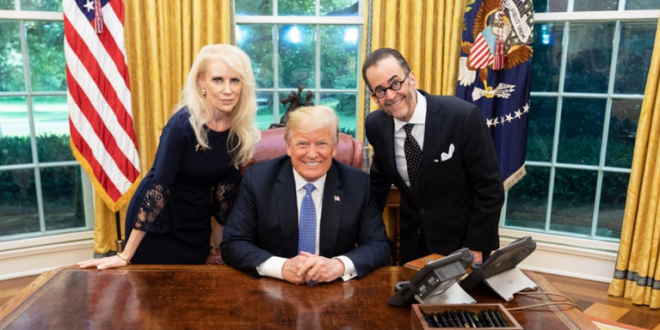 YouTube conspiracy theorist Lionel Lebron was in the White House for an event on Thursday, according to a video Lebron posted online. During the visit, Lebron and his wife posed for a smiling picture with Trump in the Oval Office. Lebron claimed to have received a “special guided tour of the White House” before posing for pictures with Trump. In a video posted Friday, Lebron said he didn’t use the brief encounter with the president to ask Trump about QAnon or its slogan, “Where we go one, we go all.” “I think we all know he knows about it,” Lebron said in the video, sipping from a coffee mug he claimed to have received as a gift at the White House.